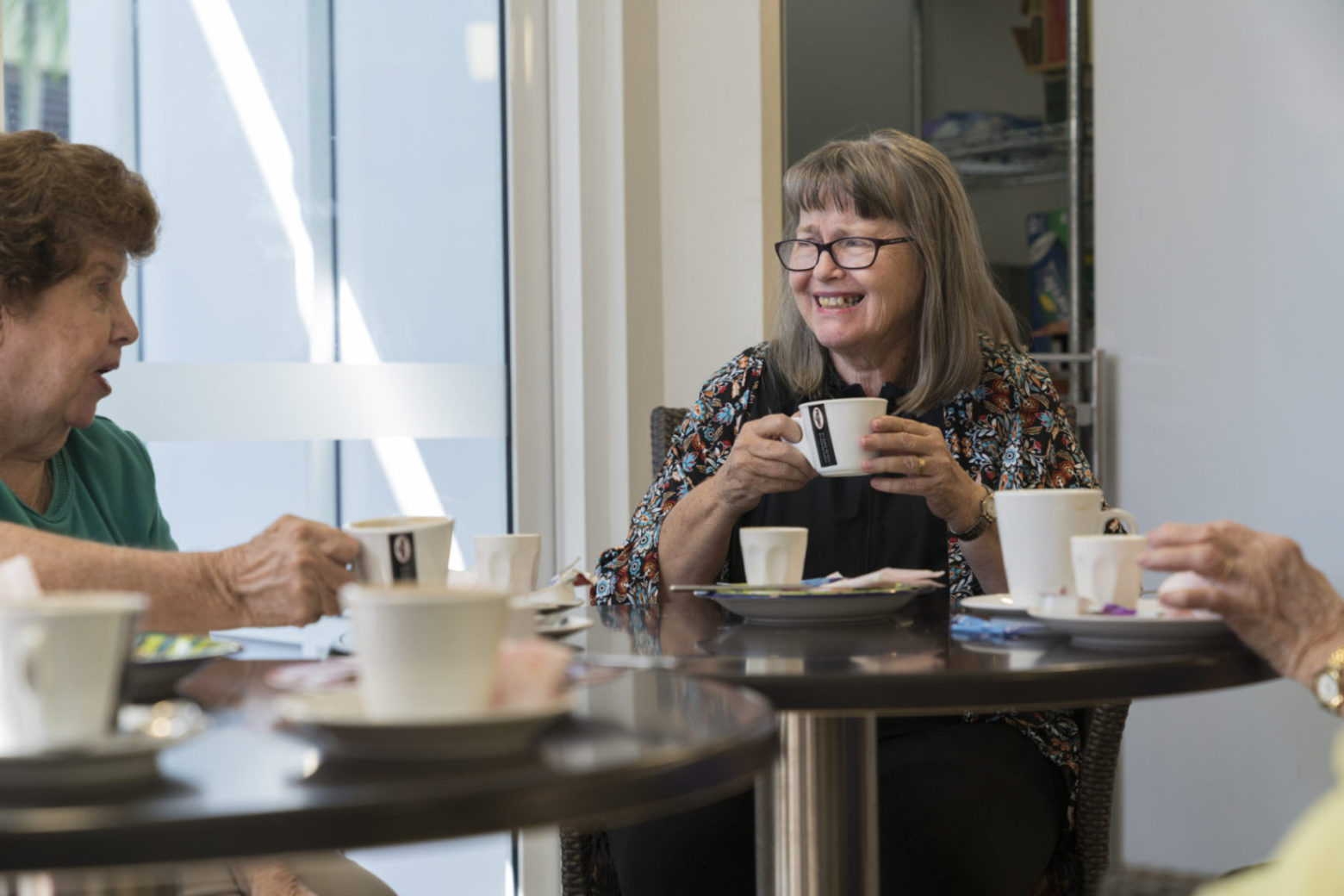 Regis’ initial trial of the Esprit Café at Regis North Dandenong in 2016 was met with an overwhelming positive response.

The Esprit Café invites people into a warm and inviting setting in an aged care home to have a cup of coffee. The program is designed to help people meet with others going through a similar situation and find support through sharing their major moments in their life. This can include moving into aged care, dealing with confronting news, coming to terms with dying and how to cope once a loved one has died.

As a free service the café is open to residents, their family and interested friends mediated by independent social workers in a café like environment created by our dedicated Regis lifestyle teams.

The Regis Esprit Café has grown since the 2016 trail at Regis Dandenong North in Victoria to now be offered across 15 Regis aged care facilities throughout Australia. The Esprit Café is open for two hours once a fortnight. Attendees are given the opportunity to speak their mind with each person heard free from judgement and criticism in an environment where trust is encouraged and friendships are formed.

A social support worker involved in Regis’ Esprit Café project says, “My conversations with staff at Regis aged care homes that’ve organised the initial program have impressed me with positive outcomes for family members and the residents themselves. I feel privileged to be part of this program which has the potential to benefit so many people and I look forward with anticipation to the experience as it moves forward.”

Implemented across 15 Regis facilities so far the Esprit Café initiative is a gratis service to connect residents and resident families with a support network of like minded individuals.

For residents and their families Esprit Café has allowed for positive reflection about aged care and in turn reduced the fear of talking about death, dying, grief and loss.

An attendee at Regis Cranbourne says, “Thank you! Lovely to meet such a nice group of superheroes.”

Another group regular comments, “Found your Regis Esprit Café to be a valuable source of friendship.”

Regis Dandenong North attendee comments, “This group is very helpful. It provides an escape from the stresses of the daily dealing with my mother’s sickness. Discussing daily challenges with others who have been through similar circumstances helps a lot.”

Contact your local Regis facility in these specific areas for the next Esprit Café meeting and for more information.