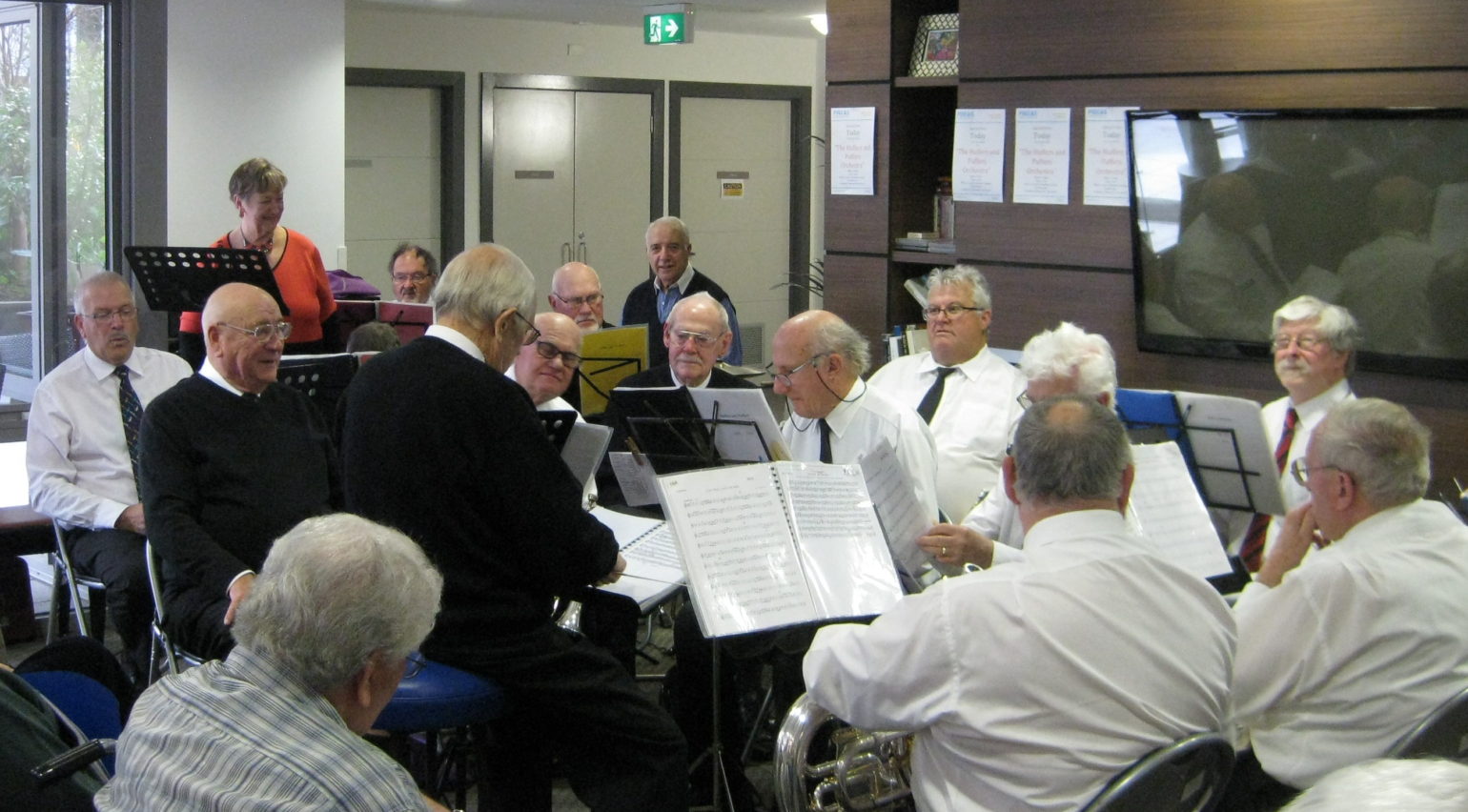 Regis Armadale recently hosted an afternoon with one of Melbourne’s premier entertainment groups- the ‘Huffers & Puffers’ brass band. The brass band performed to a delighted crowd which gathered to see the seasoned musicians tackle some musical classics.

The brass band comprises 25 retirees who frequently preform for senior citizens clubs, bowling clubs and nursing homes. Trombone player Kevin Stewart, who is 81 years young, boasts that although band members average age is 80 they are by no means ‘over the hill’ when it came to playing music.

Mr Stewart said the band gained a great deal of pleasure from playing and satisfaction seeing people having a dance, sometimes in their wheelchairs or on walking frames. Although the Huffers & Puffers prefer to play dance music, their repertoire can include anything from the Beatles to Tchaikovsky depending on the occasion. Kevin says, “You have to be invited to play in this band and if you’re not up to the standard, you don’t get invited.”

Kevin began playing the trombone at eight-year-old and the instrument had since taken him around Australia and overseas competing in brass band competitions. Although he’s more then happy to have the pressure off now and just make music for pleasure.

Keith Ford directs and conducts the band, which started 14 years ago. They proudly have eight talented former brass band musical directors playing as well as other members who have a many years of musical experience.

Stewart says, “I like to tell some jokes but I don’t tell any rude jokes, political jokes or religious jokes and we have a lot of sing-a-longs and plenty of fun.”

Want to find out more about lifestyle activities at Regis facilities? Read more from Aged Care Lifestyle or view our Aged Care Innovations.