Regis Sandgate- Griffith resident Barry Miller is just one of the fascinating people residing at this aged care home Brisbane.

A remarkable individual, over his lifetime Barry’s achieved a number of outstanding wins as a professional trainer in the racing industry.

Born 1941 in Cunnamulla, Barry moved to Brisbane in 1975 with nothing but a horse float, 2 horses and all his possession in the glove box of a Ute.

He quickly established a reputation for being an excellent horse trainer training hundreds of winners over the years.

Most notable was Show A Heart being a four-time Group 1 winner who won the prestigious Stradbroke Handicap.

Finding love with local Sandgate girl Edna Mckeeing in 1977, over the years Barry and Enda have welcomed four children into the world.

During this time Barry continued to pursue a passion for training has won a number of prominent races including the Ipswich Cup, TJ Smith Classic and Caulfield Guineas. He’s proud to have worked alongside well know trainers including Gay Waterhouse.

Mr. Miller has always had a reputation as being a joker, more so when buying the notoriously wild Forest Jim. This friendship formed when Barry took a chance on Jim when on one else had the nerve. Not one to shy away from a challenge Miller says that he’d heard reports that Forest Jim was brilliant on the track.

Focusing on ironing out the quirks without breaking his spirit was key and  this approach paid off with Forest Jim winning 8 of his 50 starts including the Group Three Ipswich Cup in 2005 with Jockey Tony Pattillo.

Barry moved into Regis Sandgate in September 2015, he now has two grandchildren with another one on the way and has been a popular member of the Sandgate community since he arrived.

Read another article in this series Celebrating Our Residents – Mrs. Phyllis Blackmore. 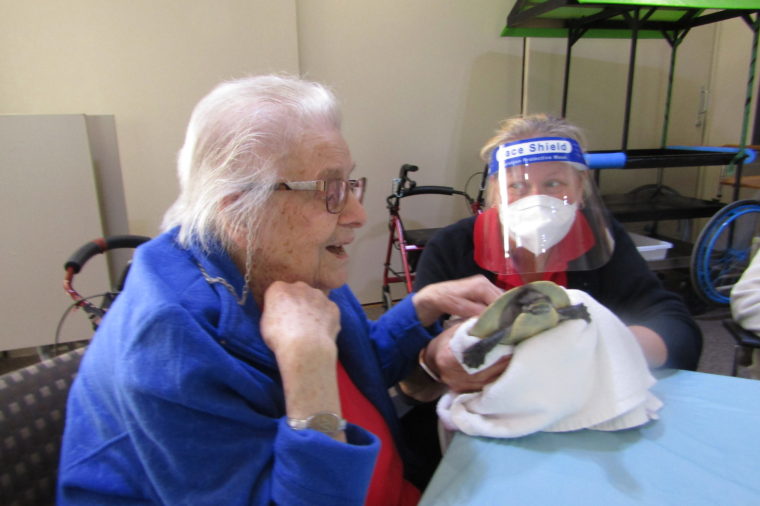