Regis Ontario is a warm and welcoming Home in the heart of Mildura. We focus on every resident as an individual, so we can provide the best possible care and surround you with what will make you smile. Our aim is to enhance your day-to-day wellbeing, to keep you connected with your favourite things and loved ones, and help you embrace your interests.

At Regis Ontario, care is at the centre of what we do. Our highly-qualified and passionate employees understand the needs of our residents and are proud to provide them with the support they need to live life on their terms.

To find out more about Regis Ontario contact one of our friendly team members on 1300 998 100 or fill out our enquiry form. 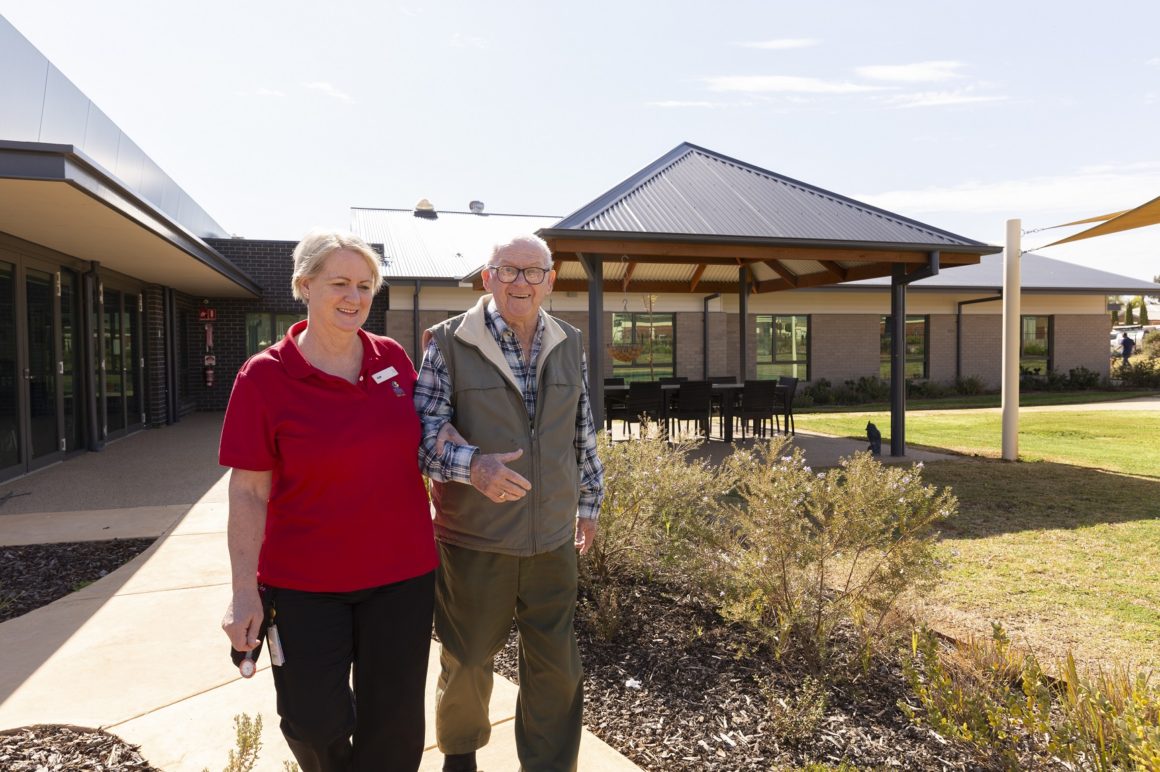 What can we offer you?

Our aged care Home in Ontario welcomes both respite residents and those seeking a more permanent offering, including specialised care for those living with dementia.

With access to an array of leisure options and a vibrant lifestyle program, residents are spoiled for choice in their activities. Regis Ontario enjoys enclosed leafy courtyard gardens and raised vegetable garden areas which ensure residents are always enticed outdoors in this renowned Mediterranean climate. It is situated with access to the local bus services and conveniently positioned between Mildura City heart and Fifteenth Street Shopping precinct. We have plenty of parking for visitors at the front of the home.

Regis Ontario is threaded through the courtyards are meandering walkways, as well as indoor activity rooms and comfortable lounges. With delicious grape vines and a raised herb garden for everyone to enjoy, Regis Ontario is a place you can truly call home. 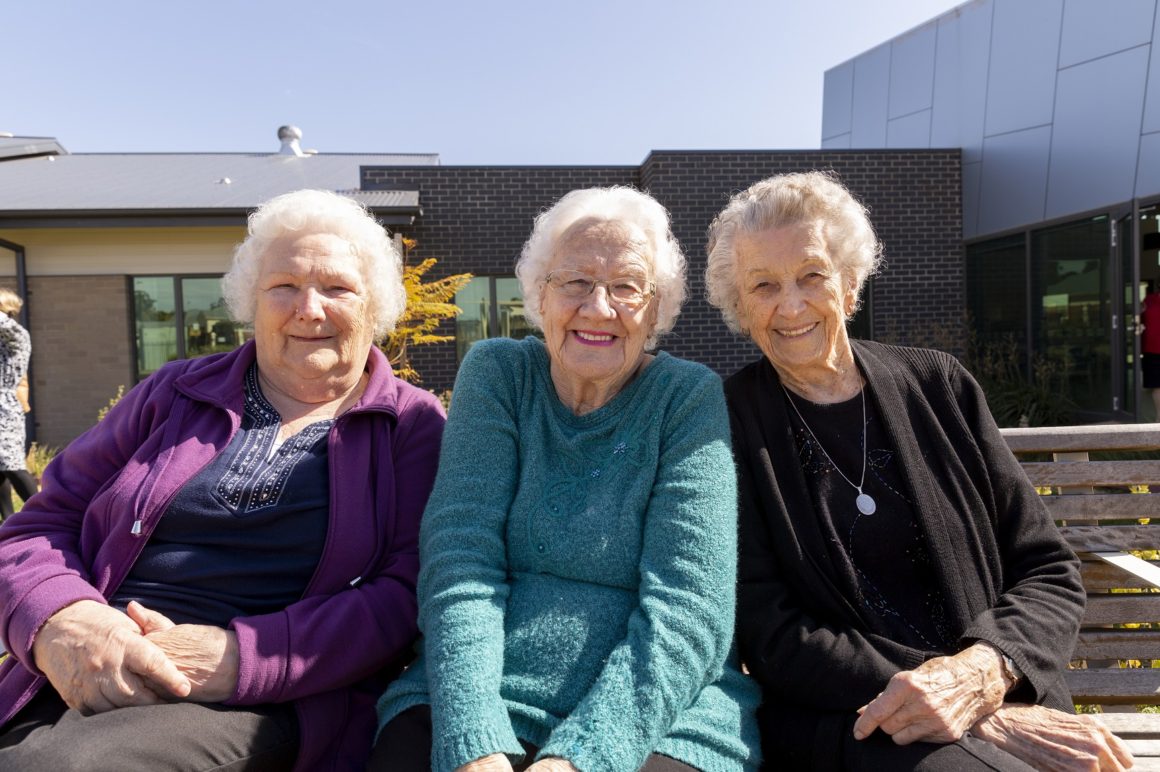 Our Regis Ontario Home in Victoria recently had a visit from a shiny, old friend – a Low Rider Harley Davidson motorcycle. Thanks to the Maintenance Officer, David, who happened to share the same love for bikes as resident, Bill, this special moment was able to happen.

Bill was buddied up with David due to their similar interests and backgrounds. One morning, they had a conversation about their passion for motorcycles and David discovered Bill used to own and ride one. David decided he wanted to surprise Bill and the other residents that were also fans of these classic bikes, and secretly organised to bring his beloved Low Rider Harley Davidson to our Regis Ontario Home for Bill and the other residents to see for themselves.

The sound of the bike sparked a lot of intrigue and interest when David rode it into the back garden. This turned out to be a hit with the residents. Bill and some of the others got to sit on the bike, allowing them to reminisce about their own memories and experiences from their younger years.

At Regis Ontario, our highest priority is the health and safety of our residents, employees, and visitors. We pride ourselves on the well-established infection prevention and control measures that we have in place, which create a safe and secure environment for all. In response to the challenges of the COVID-19 pandemic, which has seen disruptions to supply chains and stock procurement, we have established dedicated hubs in Victoria to store our vital Personal Protective Equipment (PPE).

By equipping ourselves with PPE, we can continue to deliver the highest level of care to our residents and clients, even during these difficult times.

Mealtimes at Regis Ontario are an important part of our resident’s day and it’s essential that we provide choice and freshness to our menu.

Our teams carefully select seasonal, well-sourced produce when designing our menus and residents play a large part in the process. All our recipes are always evolving and are rigorously tested by our chefs and residents before we introduce any new dishes. We understand that variety and choice are important and that’s why we review and monitor resident feedback so that we can offer bespoke menus designed around what our residents enjoy.

A nutritious diet is vital in supporting both our physical health as well as emotional wellbeing. Good food nourishes the body, brings people together, and provides enjoyment in everyday life. 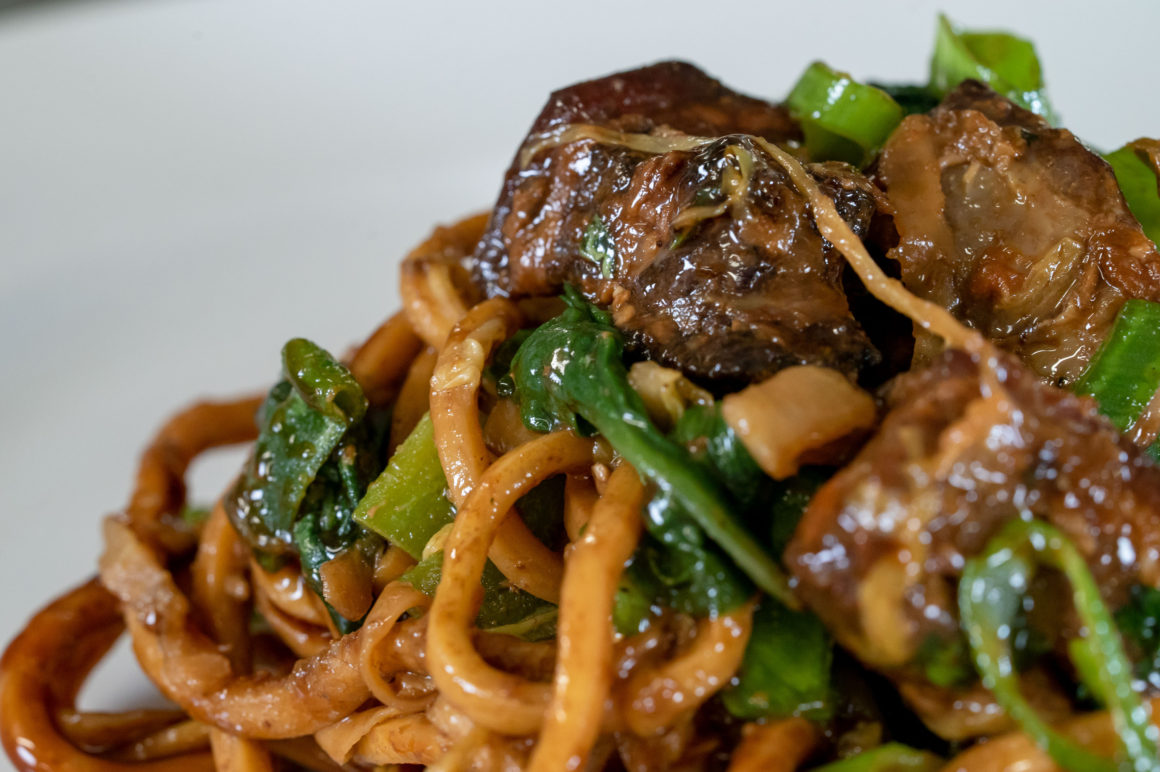 To find out more about Regis Ontario contact one of our friendly team members on 1300 998 100 or fill out our enquiry form.

You can also check eligibility for government funding, or search for your nearest Regis location if you are living elsewhere in Victoria.