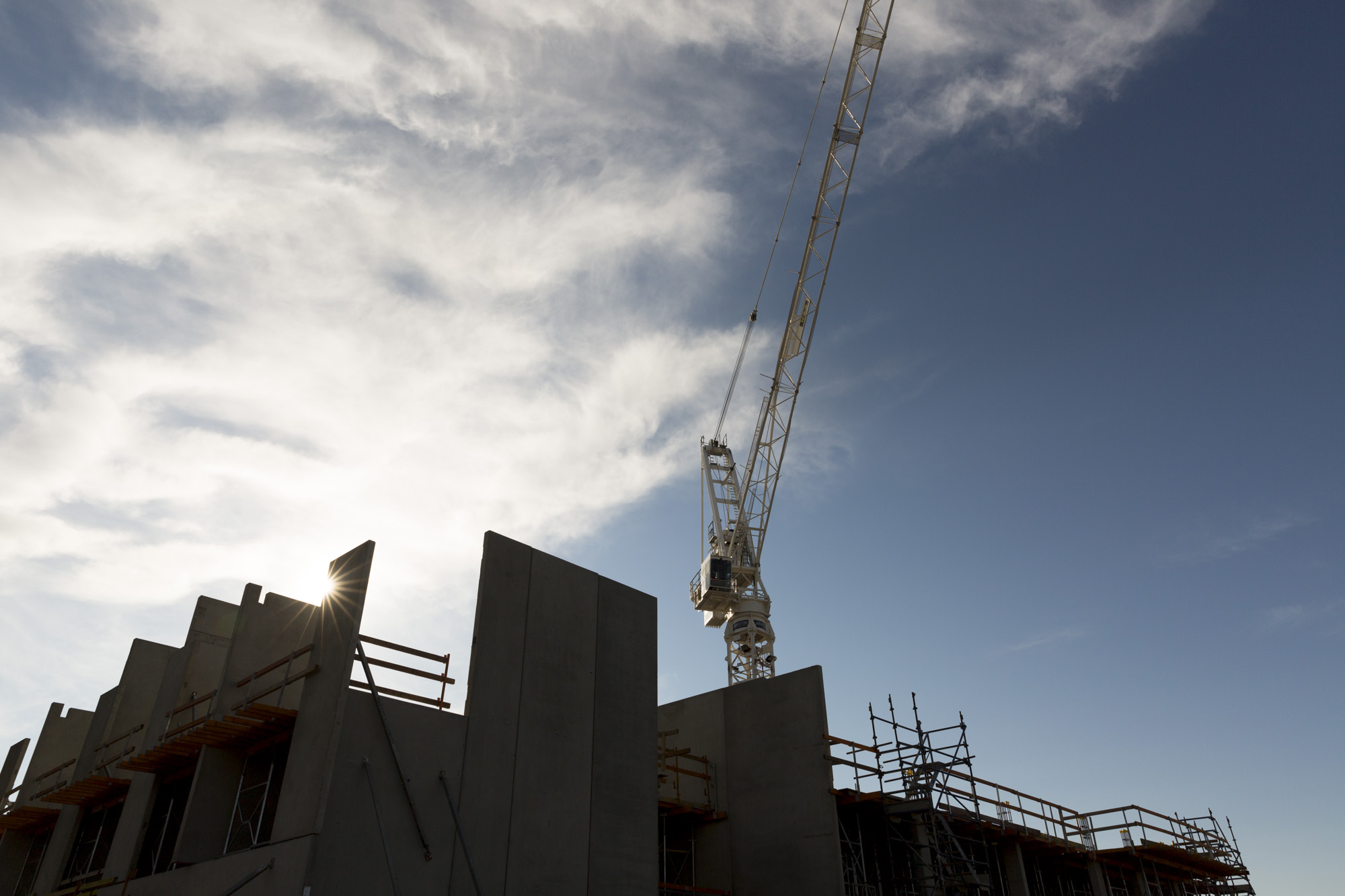 We are fortunate to have the experience and expertise of our founders available to us. Their guidance is complemented by a diverse range of skills and knowledge from a highly professional team.

Together, they help ensure the success of our organisation.

And help ensure our people get the support they need, when they need it. 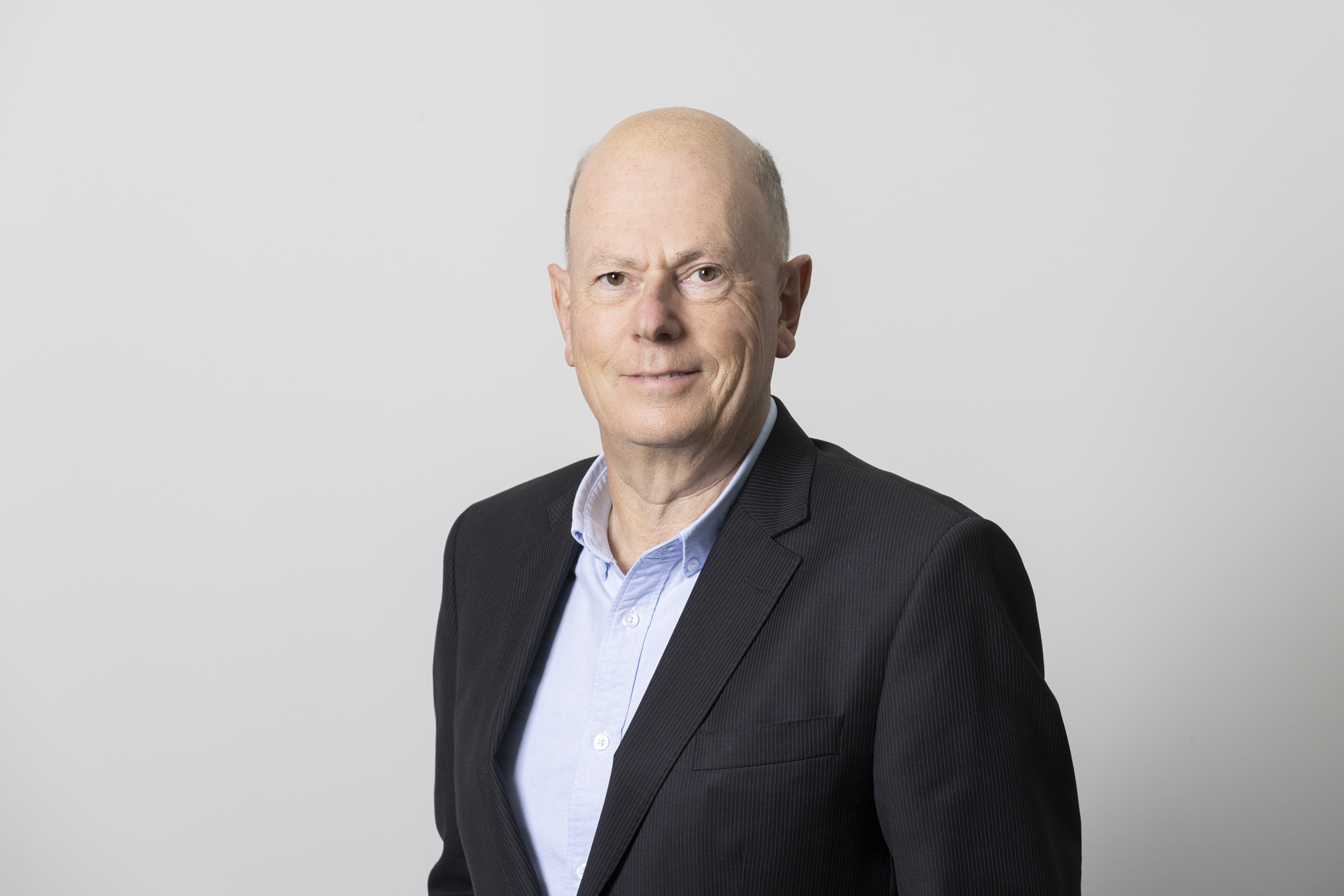 Graham has been a Non-Executive Director since August 2017 and was appointed Chairman on 1 July 2018. He has extensive international experience in the financial services industry with a career spanning more than 40 years. He commenced his career in Commonwealth Treasury, Canberra, where he worked for approximately 10 years before being seconded to the International Monetary Fund in Washington for several years.

For 28 years, Graham built an executive career at the Australian and New Zealand Banking Group Limited and was formerly the Deputy Chief Executive Officer, ANZ Banking Group Ltd. Graham is currently a Director of AmBank Holdings Berhad (stepping down on 2 September 2021) and Assemble Communities Pty Ltd, and was previously Chairman of ANZ SAM Board (Special Assets Management), Esanda, ANZ Wealth, and a member of the Australian Government’s Aged Care Financing Authority. 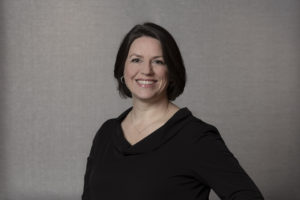 Linda has been Managing Director and Chief Executive Officer since September 2019. Linda has nearly 20 years of executive experience in health and aged care. Prior to joining Regis, Linda held a range of roles in hospital and health systems predominantly in Victoria, as well as a national aged care service. 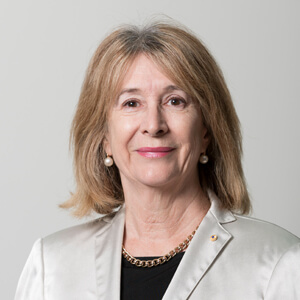 Appointed to the Board in March 2018, Christine is a specialist paediatrician with over 30 years’ health industry experience in clinical care and governance, strategic planning, executive management, teaching and research. Emeritus Professor Christine Bennett is a leading health policy expert in Australia and was Deputy Vice Chancellor of Enterprise & Partnerships and Head of the School of Medicine, at The University of Notre Dame Australia. Christine is also Convenor of the Champions of Change Coalition Health Group and joined the Telstra Health Board in July 2020.

Previously, Christine was a Group Executive and Chief Medical Officer at both MBF Limited and Bupa Australia, a Partner in the KPMG Health and Life Sciences Practice, CEO of Westmead Hospital, Chair of the Sydney Children’s Hospitals Network and Non-Executive Director of Digital Health CRC Limited.

From 2008 to 2010, Christine was Chair of the National Health and Hospitals Reform Commission to provide advice on a long-term plan for the future of the Australian health and aged care system.

Christine was awarded an Officer of the Order of Australia in recognition of her distinguished service to medicine and health care leadership in 2014. 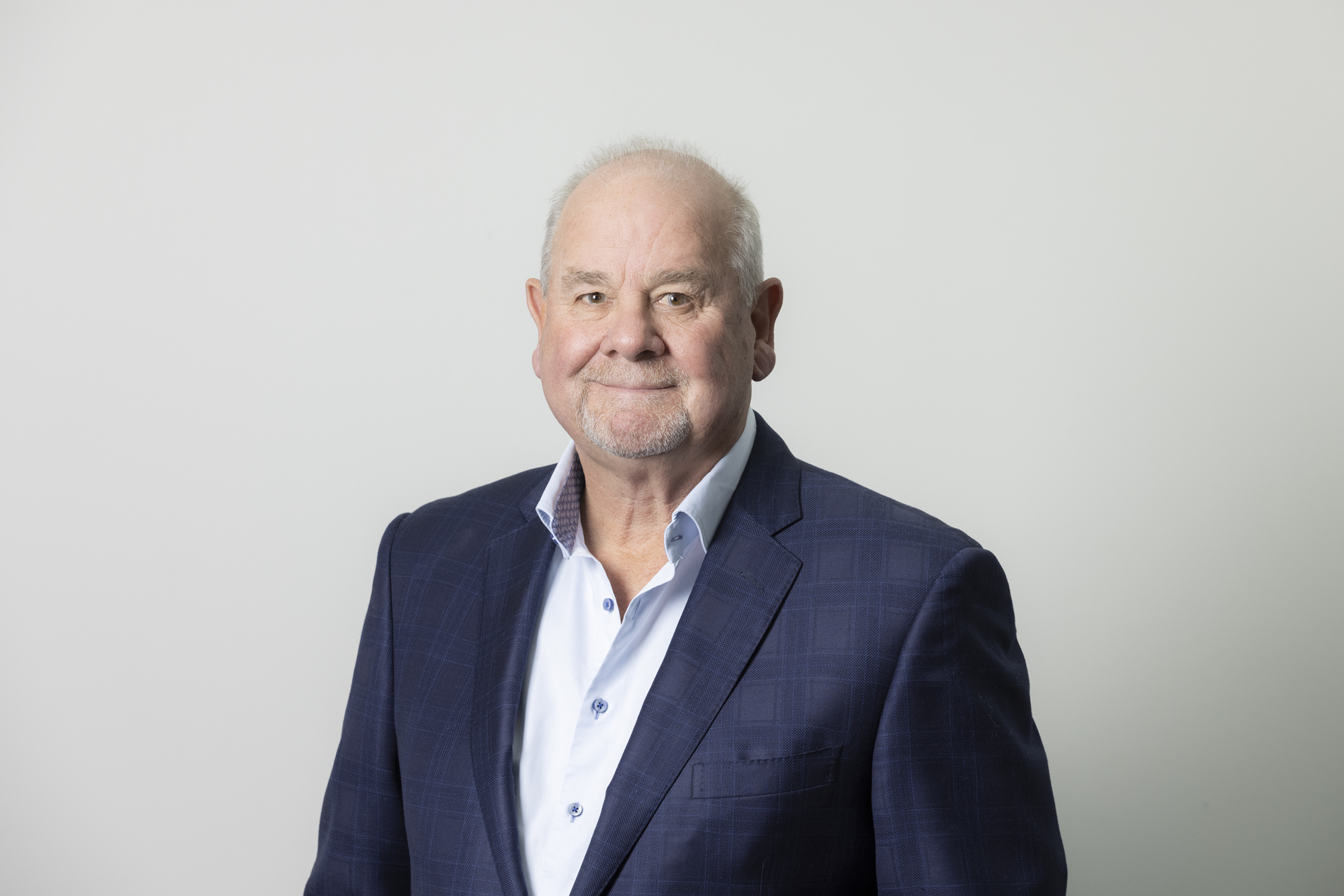 Bryan was a Director of the Group on listing on 7 October 2014. Prior to listing, Bryan had been a Director of Fairway Investment Holdings Pty Ltd since May 2007.

Bryan was a Partner in Melbourne accounting firm Rees Partners from 1977 until 2000 and is a qualified accountant.

Bryan is a founding Director and shareholder of Regis. From its commencement in the early 1990s until 2014, Bryan was Chairman (and Executive Chairman until 2008), during which time he oversaw the management and growth of the Group.

Bryan was also the National President of the former aged care industry body, The Aged Care Association of Australia, from 2004 to 2012, and was actively involved in the development of the industry and shaping its future. 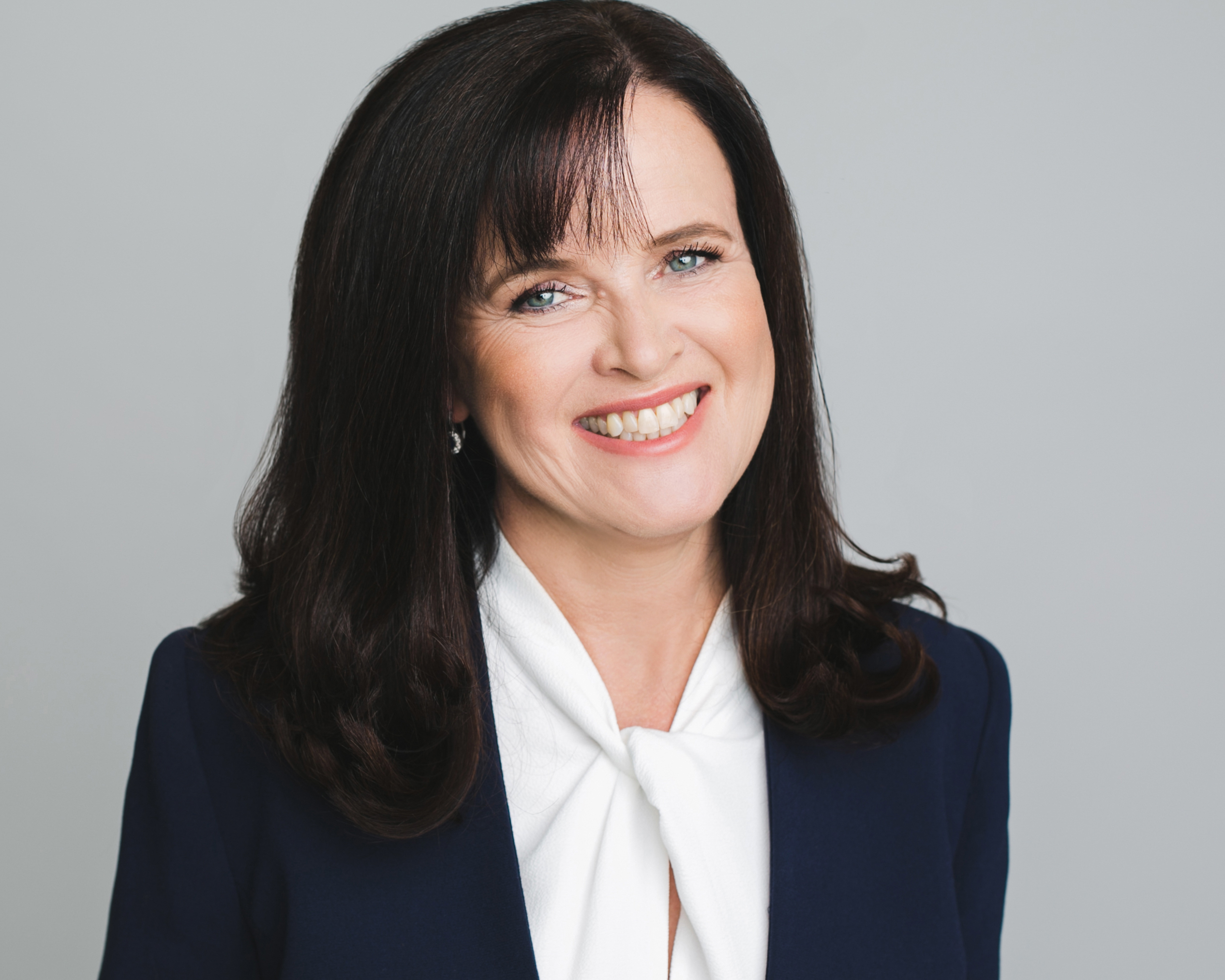 Appointed to the Board in January 2022, Sally’s career spans over 25 years, having worked as a Partner at KPMG and Ernst & Young, with a focus on audit and risk management. Sally is currently a Non-executive Director at Eastern Health, Regional Investment Corporation, Melbourne Football Club, Suburban Rail Loop Authority and ASX-listed Netwealth Group limited and Netwealth Superannuation Services. She also serves as an independent member of the audit committees of HealthShare Victoria, Caulfield Grammar and Commonwealth Games Australia.

Sally is an experienced audit, risk and compliance committee Chair and previously served as committee member for the Royal Children’s Hospital, Uniting Church VIC/TAS, and VicHealth. She is also a past Non-Executive Director of KPMG Actuarial Pty Ltd and Swinburne University.

Ian was a Director of the Group on listing on 7 October 2014. Prior to listing, Ian had been a Director of Fairway Investment Holdings Pty Ltd since May 2007.

Ian has over 30 years’ experience in the real estate sector including 20 years in residential aged care.

Prior to co-leading the Regis journey, Ian was involved in property development (sub-divisional and commercial) in South East Queensland.

As a founding shareholder and Director of Regis (Executive Director prior to 2008), Ian headed up the property division with oversight of the development and implementation of the strategy that saw the business grow to in excess of 4,500 beds nationally.

Ian is currently a Non-Executive Director of several property and property services enterprises.

Ian holds a Bachelor of Science (Surveying) from the Royal Melbourne Institute of Technology. 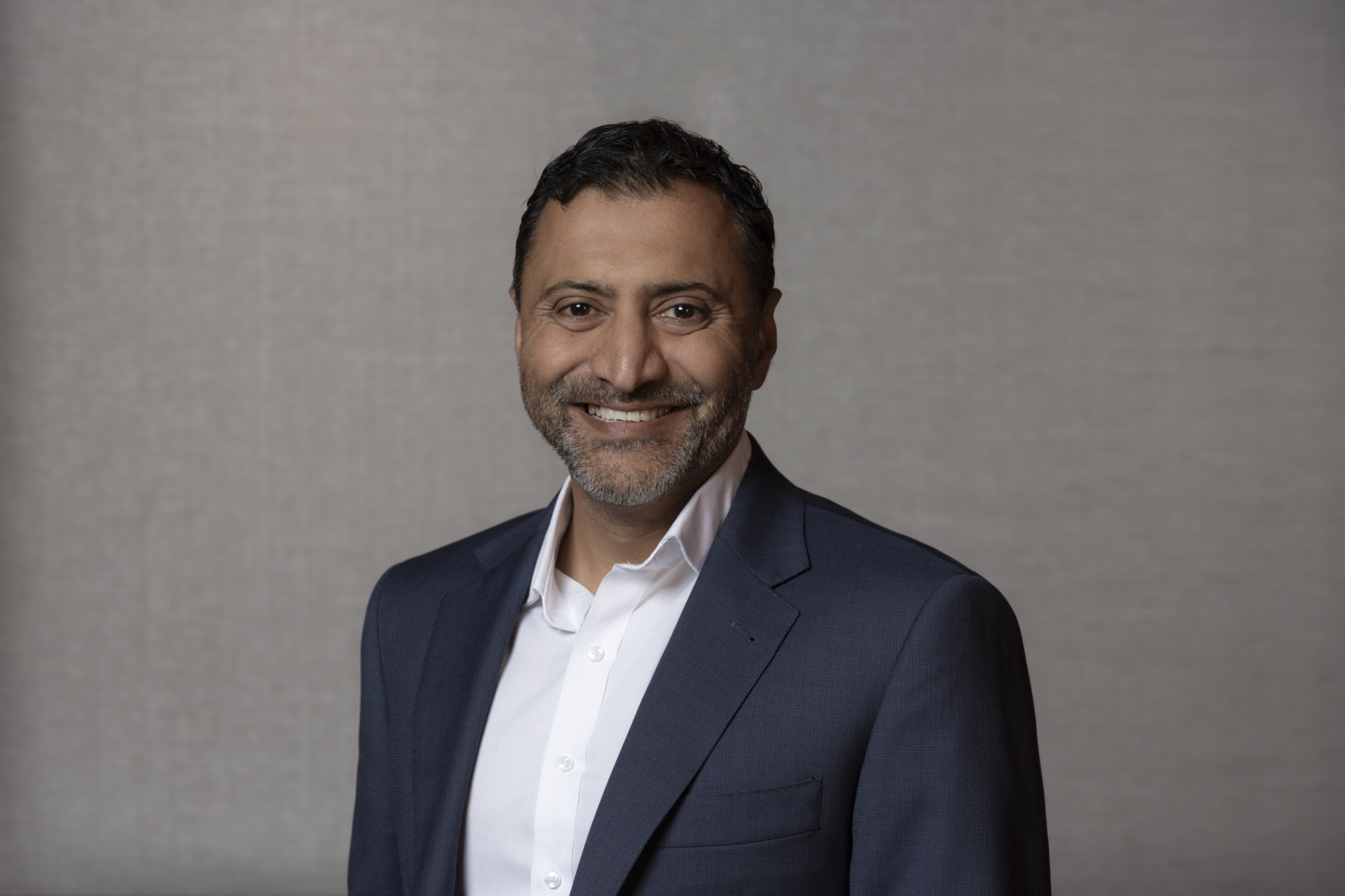 Imtiaz commenced at Regis as Interim CIO in October 2020 before transitioning in to the permanent role. Imtiaz has a 20-year track record in using technology to transform organisations and improve outcomes. As a leader with broad commercial experience in tier 1 consulting, Imtiaz is known for identifying and building high performing teams that deliver great results. 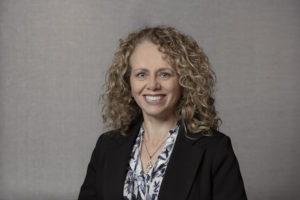 Catherine has a strong background in people and culture roles across private and public industries, including regulatory authorities, multinationals and private equity. Catherine has worked in aged care, healthcare, business to business, business to consumer, FMCG, retail, sales, supply chain, warehousing, financial services, IT and insurance.

Her qualifications include a Bachelor of Business (Human Resources and Industrial Relations) and she is a graduate of the Australian Institute of Company Directors. 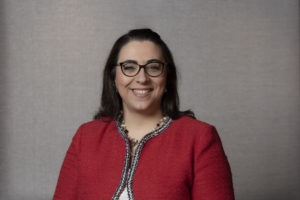 Filomena commenced with Regis in August 2020.

Filomena has over 20 years’ experience in the health sector, working in various executive management and senior leadership roles, most recently as Executive Director, Strategy, Quality and Improvement at the Royal Children’s Hospital. 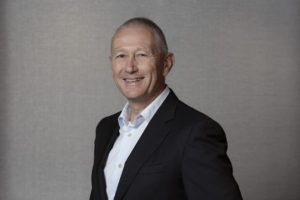 Executive General Manager Operations – VIC/SA/WA/TAS/Home Care
Paul has an impressive background spanning operations management, capital programs, IT, health information, strategy and finance. Paul has worked in health, aged care, tertiary education and finance sectors and has extensive Executive experience. He is well known for his inclusive and collaborative style and for his consumer-centred approach to care services.

Paul holds a Bachelor of Arts Honours (Politics and Government), London and is a past member of the Chartered Institute of Management Accountants (UK). 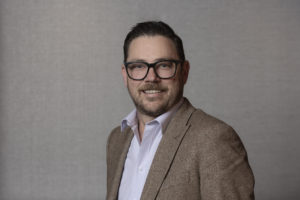 In his current position, Gregg has responsibility for a number of corporate and operations support functions including additional services, advice, communications, catering, funding and documentation, housekeeping, lifestyle, marketing and staffing services. Gregg’s priorities are to ensure that home-based teams have the required tools, expert advice and support to provide outstanding care and services to our residents. The Support Services team focuses on delivering innovative programs built in consultation with both employees and residents that enable the achievement of individual and team goals.

Gregg’s qualifications include a Diploma of Business Management. He has over 25 years of operational, business development and management experience across the hospitality and aged care sectors. 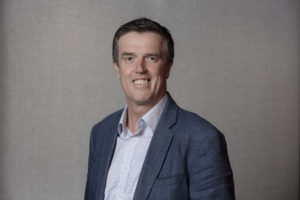 Michael has over 25 years experience in the construction and property development industry, including 15 years in residential aged care and retirement living. Michael joined Regis in July 2010 as General Manager- Property. In addition to executive team responsibilities, he heads up the property division where he is responsible for executing the growth strategy through land acquisition and property development. Michael also oversees Regis’ Retirement Living and all property aspects of facilities management across the portfolio. Previously, Michael has held senior positions in Lend Lease Primelife, Stockland, FKP and Tricare.

Michael holds a Masters of Project Management and a Bachelor of Construction Management from the Queensland University of Technology and is a registered builder. Michael is also a member of the Australian Institute of Company Directors. 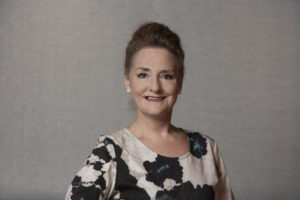 Melissa McDonald was appointed as Executive General Manager Clinical and Care Practice in March 2020. Melissa has over 30 years’ experience across clinical, management and executive levels and has worked in private and public hospitals and health services. Melissa has extensive knowledge of contemporary nursing practice and standards and, importantly, has led infection control standards and consumer partnerships in health services. Along with a Bachelor degree in Health Science and being a Registered Nurse, Melissa holds a Master in Enterprise and Professional Certificate in Health Service Management, both from the University of Melbourne. She also has a Graduate Diploma in Business Administration. 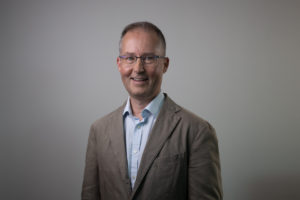 Malcolm commenced with Regis in November 2021. Malcolm has practised for over 20 years as a lawyer and established a strong background in General Counsel and Company Secretary roles in listed company environments with experience in private practice, hotels/hospitality and industrial services sectors.

Malcolm was admitted in 1997 and has a Bachelor of Business, Bachelor of Laws, Master of Laws and Graduate Diploma in Applied Corporate Governance. 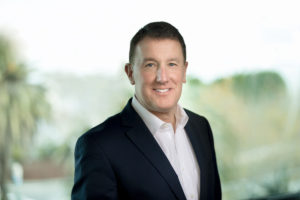