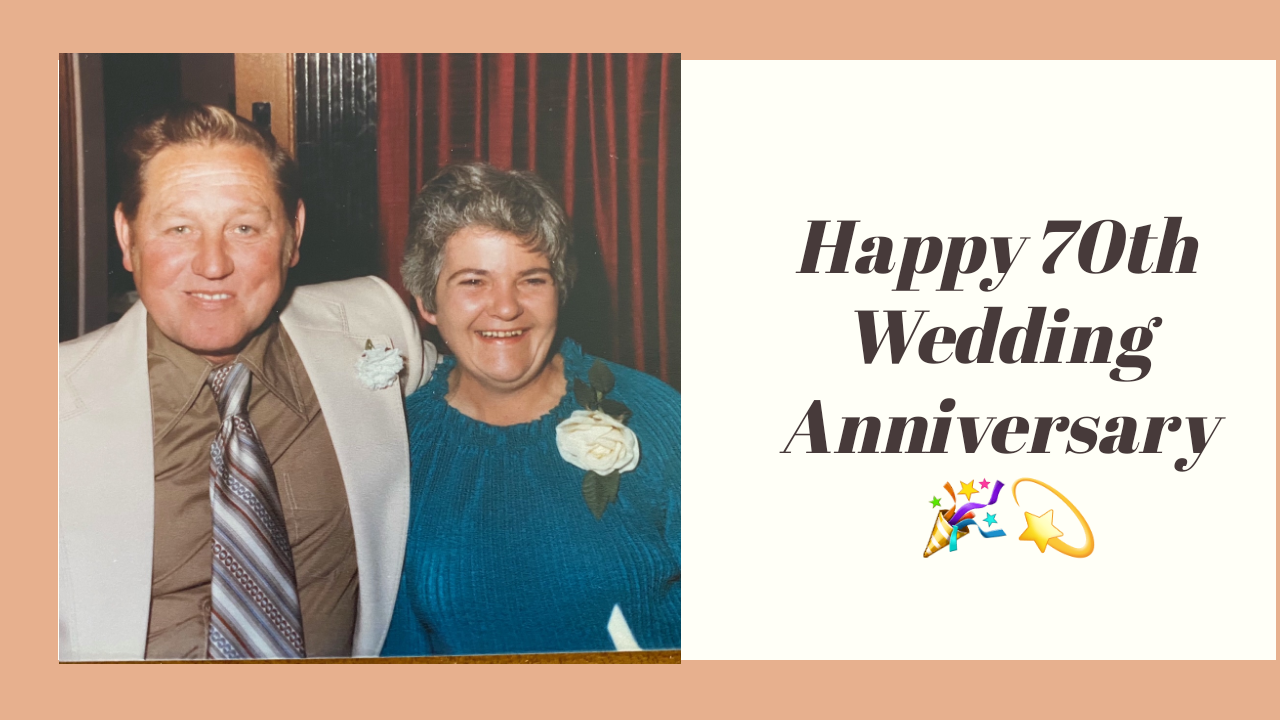 At Regis Belmore, we celebrated the 70th wedding anniversary of our very own Athol and his lovely wife Edna. Athol came from Grafton and Edna grew up in Coffs Harbour. After the war, they moved to the city where they met when she was 18 and he was 23 years of age, whilst working for the NSW railway in 1948.

“We were brought up in depression era, we were brought up, to tell the truth and respect our elders, we weren’t rich nor were we poor, we had enough. When we grew up we never wasted anything. We grew up on the same values.”

When asked what their secret to 70 years of marriage was, Edna stated “trust.”

Our Belmore team organised a surprise for them by requesting for their wedding photos from their daughter, created them some wedding cards using the pictures and bought some flowers for Athol to gift Edna.

Edna was so happy and moved to tears to see him so happy through the window to the world. We were all humbled and felt privileged to make this day a memorable one for them and ensure they felt loved and appreciated. 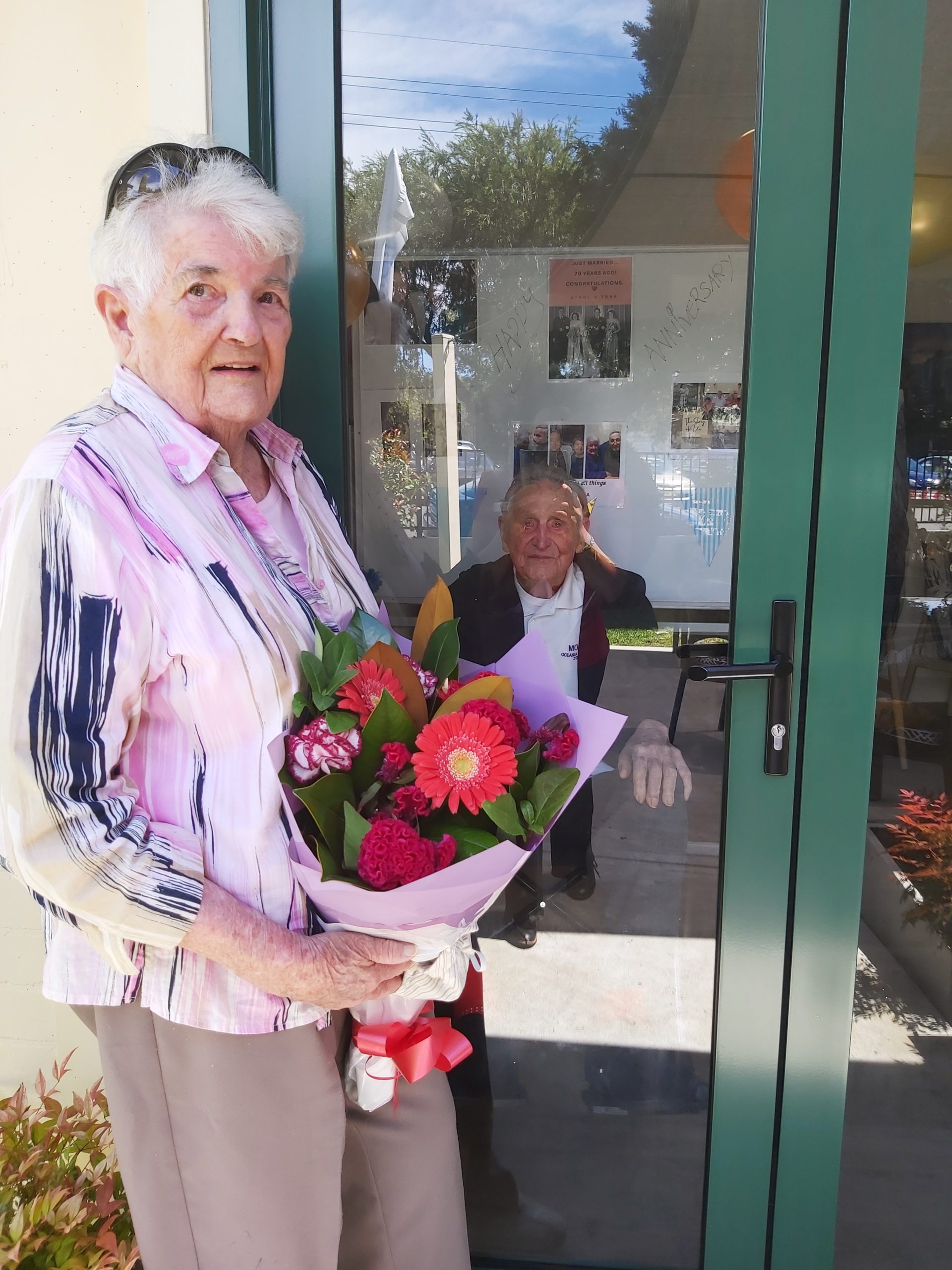 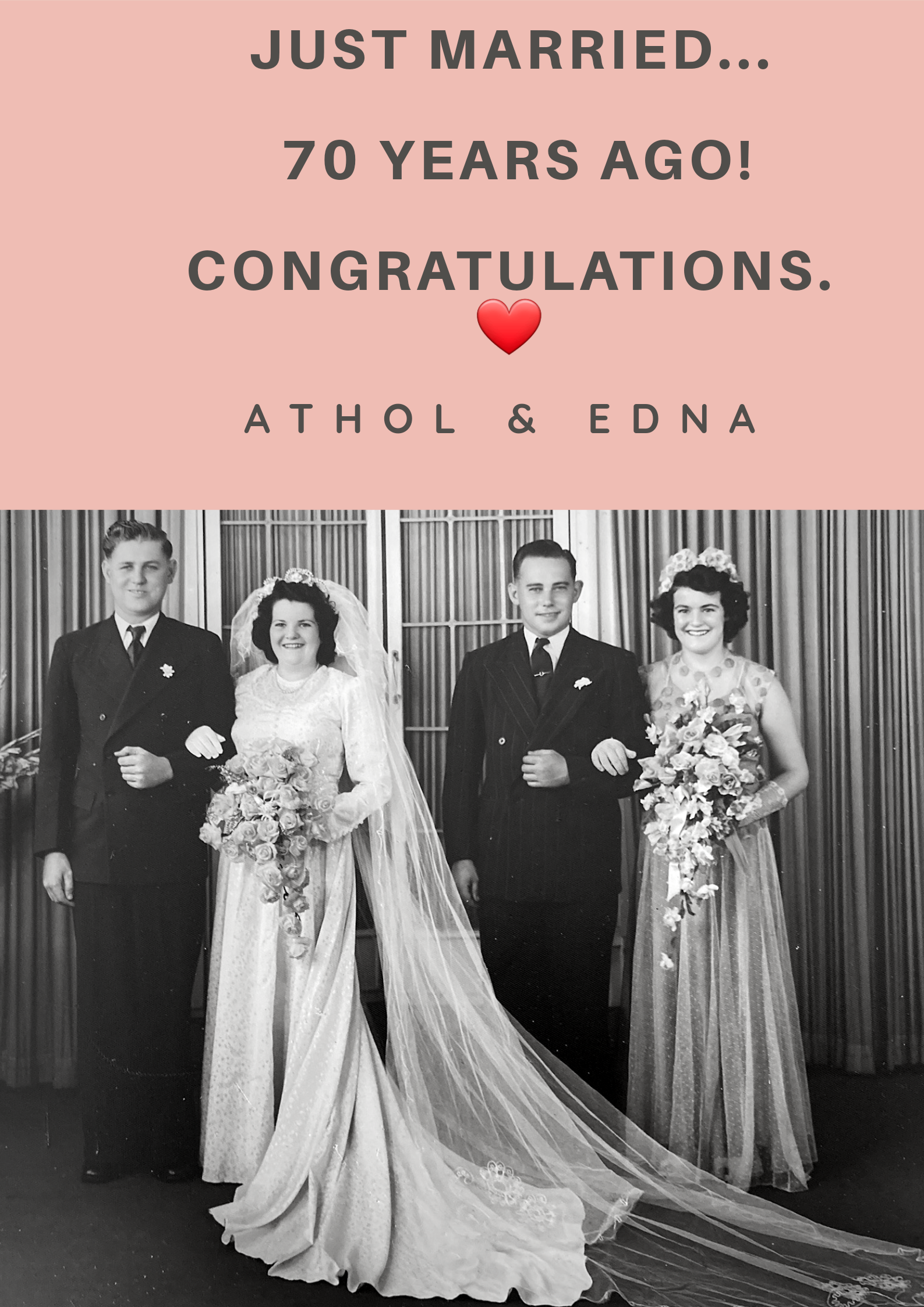