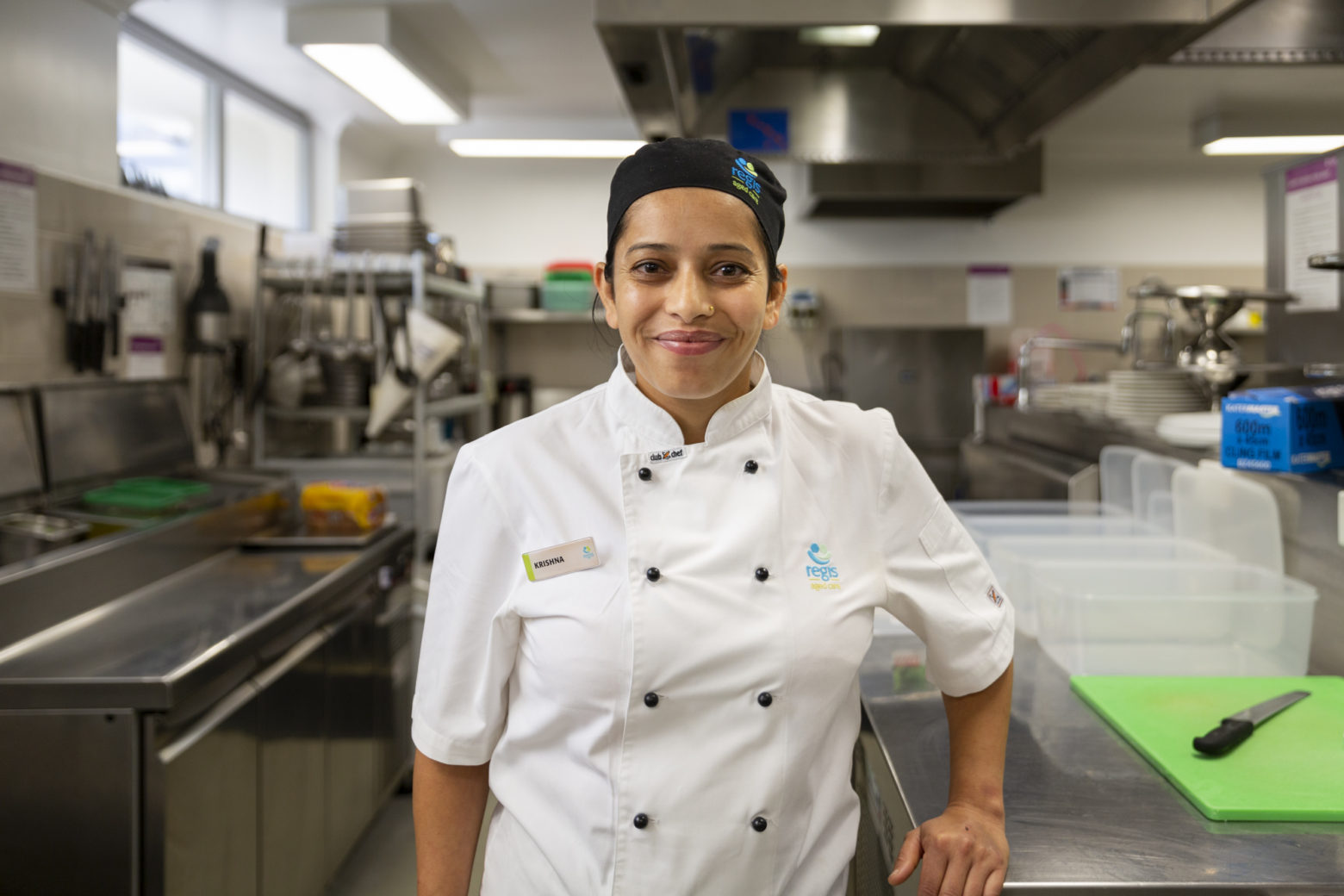 “I like the teamwork, appreciation and keeping the staff and residents happy”

Krishna had studied Cert III and Cert IV in Cookery because of her passion for food. After finishing her studies, Regis sponsored Krishna as a Cook which assisted her in bringing her eldest son to Australia, followed by her second son a year later. Krishna says that it meant a lot to her as it was initially very hard for her to leave her family. Arjun, Krishna’s husband, also works for Regis.

“I am very lucky. I won the lottery!”

Starting at Regis Wynnum as an AIN in 2012, I moved my way up from FSA to Larder, and then from Cook to now Chef Manager. I transferred to Yeronga after being given a fantastic opportunity in the Kitchen by Fiona and Francis.

I had a friend who worked at Regis Birkdale who said it was a great job and had a good reputation. I had a really positive interview with Seamus and was offered the position.

I’m happy with what I do, I love cooking for the residents and making them happy.  I like the teamwork, appreciation and keeping the staff happy – Regis is a good company to work for!

When I see their smile.

Regis provides excellent support, communication and opportunities. Not only this, but there is great teamwork and cultural diversity. 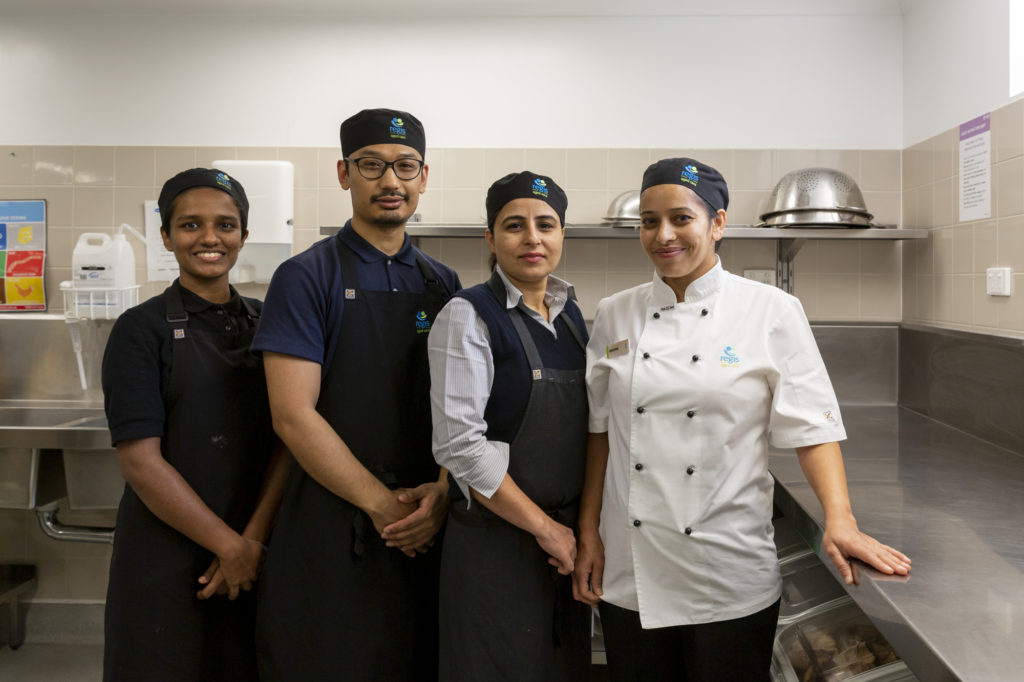