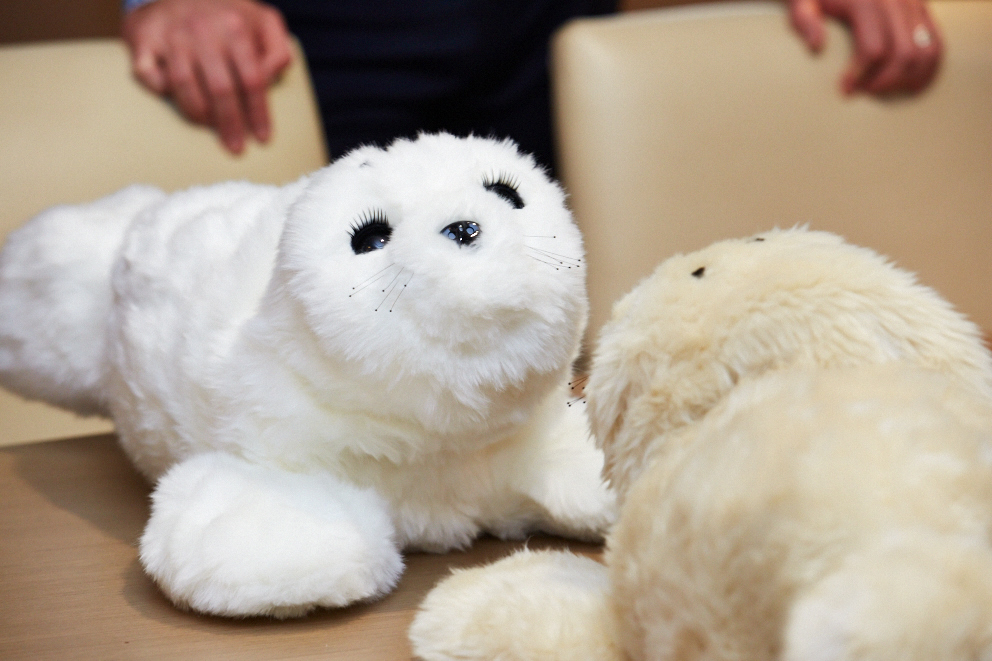 Regis Aged Care recently trialled a robotic harp seal, called PARO, in its dementia care program. Regis found the ‘carebot’ scientific tool to be extremely beneficial for dementia residents who have known behaviours such has agitation, wandering and aggression and who are resistive to standard intervention practices.

Mr Shibata visited Regis Lake Park in Blackburn and was very interested to hear the results of the trial and Regis’ plans to roll it out further to all 47 Regis aged care facilities across Australia.

PARO is quite lifelike with big black eyes that open, close, and follow movements. It’s the size of a large cat, and weighs nearly 3kg. It charges by an oral electric pacifier and has sensors that detect touch, sound, light, heat, and movement. It reacts to changes in the resident’s mood, physical touch and can recognise its own name.

Results of the trial have exceeded expectations with a 52% increase in well being of the identified residents in the trial. Behaviour management by staff, medication administration and staff intervention all reduced during the trial. “We’ll give PARO to a resident and they will start talking and singing to the seal”, says Tracy Laethaisong.

“That encourages them to talk to other people and it’ll brighten their mood. We have found agitated behaviour and wandering habits by trial residents to have reduced since PARO was introduced. Regis is extremely excited about the results and the positive effects PARO has had on both residents and staff.”

PARO is currently being used in Australia at schools, hospitals and aged care facilities. After a great result during the initial trial phase, Regis has plans to expand the number of carebots owned to ensure residents in all Regis facilities have access to one.

Regis Lake Park is owned and operated by Regis, one of the largest aged care operators in Australia.