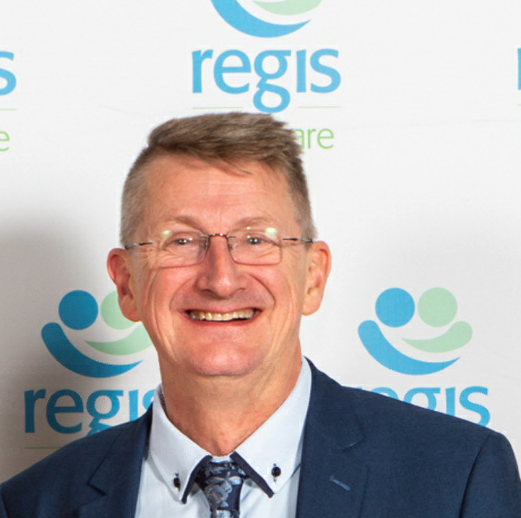 Stephen is now the Clinical Manager at Regis Port Macquarie. He began his nursing career in 1988 at Princess Alexandra Hospital in Brisbane and continued to work within critical care areas as a clinician in Brisbane, Melbourne and Sydney. Stephen moved to Port Macquarie in 2002, where he began work at Port Macquarie Base Hospital as a clinical nurse in the Coronary Intensive Care Unit, and then became the Clinical Nurse Educator in that unit. In 2011, he was appointed as the Nurse Unit Manager of an acute surgical unit, which had 31 beds and over 50 staff who directly reported him.

I have a passion for caring for the elderly and genuinely get on well with them.  I’d been thinking of a move to an aged care environment for quite a few years and took the leap.

I really appreciate the people who I work with at Regis as a Clinical Manager, both locally in Port Macquarie and from other sites, including all the management levels I’ve met.  The culture of the organisation is supportive and friendly and is geared to help employees be the best they can be, which ultimately benefits the residents.

I love to have a chat with them and soak up the stories and experiences they share from their lives past.

I quite honestly have rarely experienced such a supportive and friendly culture in my almost 40 years in the workforce. I am excited for my future with Regis as a Clinical Manager.